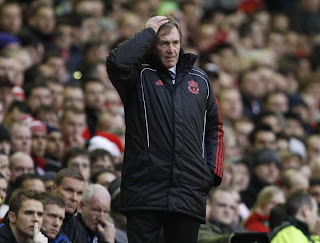 The faintest of touches 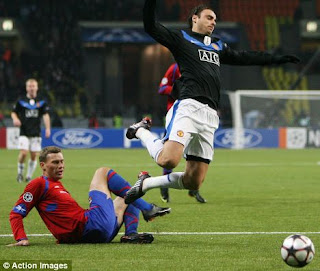 The faintest of touches
The faintest of touches, most faint ever found
Then one extra step and he’s wheelchair bound
Dimitar devious, layer upon layer
“Everyone knows I’m not that kind of player”
“I lost my balance” the Bulgar did cry
Who are you codding? You did in your eye!
25 yards away with a view from behind
Webb MBE showed to who he’s affined
Both players went in, studs they were showing
Slightly late Steven knew where he was going
Baldly, Howards way was to flash the red wildly
The battle now uphill to put it quite mildly
They wrestled adversity with all of their might
They showed Kenny grit, they showed Kenny fight
Old Trafford pitch there was only one coward.
MBE just won’t do, Arise Sir Howard.
In recent times it seems that it’s become justifiable for a player to go to ground if there is any sort of contact made inside the box.
Call me old fashioned but to me unless the contact is enough to send a player down then it’s cheating end of story.
In yesterdays case it was the extra step that proved the deception.
﻿
Posted by Darren O'Keeffe at 04:35 2 comments: 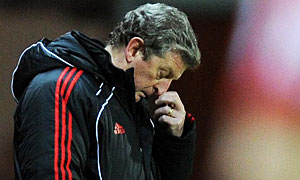 No more Mr. Nice
Cake iced by this
A penalty miss
The fans despair
All up in the air
Spineless creatures
Facial features
Rubbing your chin
Won’t make it go in
Rubbing your eyes
Won’t make good your buys
Fix up your tie
The end it is nigh
Posted by Darren O'Keeffe at 15:51 1 comment:

What a way to start the New Year than with a new single from the Vaccines.
A beautiful tune.
Their debut album WHAT DID YOU EXPECT FROM THE VACCINES? is set for release on March 21st.


And with the party of the year a mere 10 weeks away
If I can guarantee one thing...

Posted by Darren O'Keeffe at 07:04 No comments: