1. For January I read Neal "Hoggie" Horgan's account of some extremely difficult times for Cork City Football Club. As we have come so far in the intervening years, I had actually forgotten a lot of it but no harm in remembering the difficult times. 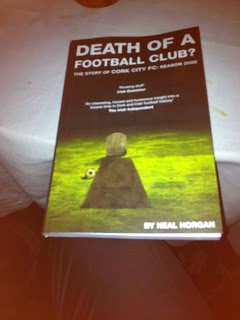 2. For February I read Kevin Pietersens Autobiography KP.
He has a good moan about everything, the press, the players, the authorities and how everyone hates him. "Trust Issue" is right.
It's no surprise he isn't wanted back. 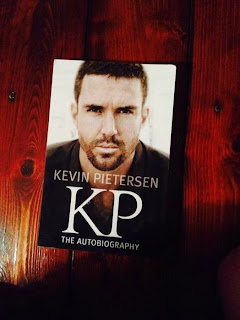 3. In March I went back to football, it was a book I had bought many moons ago but had never read.
It is written by an American author, Robert Andrew Powell, who moves to the most dangerous city on earth to find himself, it's called "This Love Is Not For Cowards - Salvation and Soccer in Ciudad Juarez".
Murder is an every day thing in Ciudad Juarez, human life has no value, it is a stones throw from the US border and El Paso. He begins to follow the local football team as they struggled in the top tier of Mexican football.
An Interesting book, worth the read. 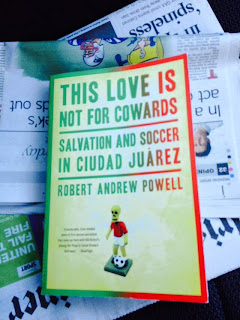 4. April marked a move to my other great love, music. This was another book that was lying around for a while and is called "The Fallen"
Mark E. Smith is an enigma, making music with his band, The Fall since 1976, members have come and members have gone but Mark is there omnipresent, leading the line.
Dave Simpson is a Fall devotee who decided to take on the onerous task of tracking all those people who played over the years. It's in the region of 50 or so.
It's a fascinating take on the way Smith runs the band , treats new members, marries some and contains some crazy stories of the carry on throughout the years.
Marks quote on the front should be reason enough to read it. 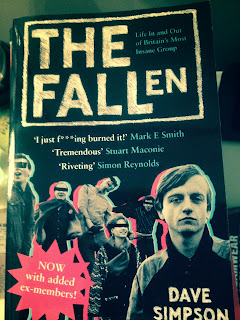 5. May is the month of Morrissey.
A hero of mine, a man that spoke so vividly to me in the 1980's when in my bedroom writing poetry.
Len Brown (not the controversial Aussie mayor or the lad I went to school with) has spent an unbelievable amount of time with Morrissey over the years. Brown, like myself,  is a huge fan and intermingled Morrisseys career with the various meetings they have had.
It takes one through his career piece by piece, interview by interview, album by album, controversy by controversy.
The reason it took me so long to read is that as Brown went through the back catalogue I kept going back to my Morrissey cd collection and started digging out all the albums to play over and over again. 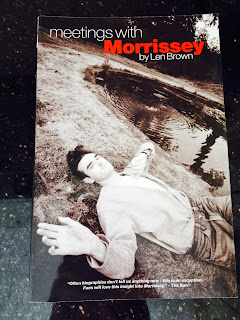 And one we move to June.
I have Morrisseys own autobiography for later in the year so am always open to suggestions, please let me know if you have any book that may be of interest.
Posted by Darren O'Keeffe at 07:11